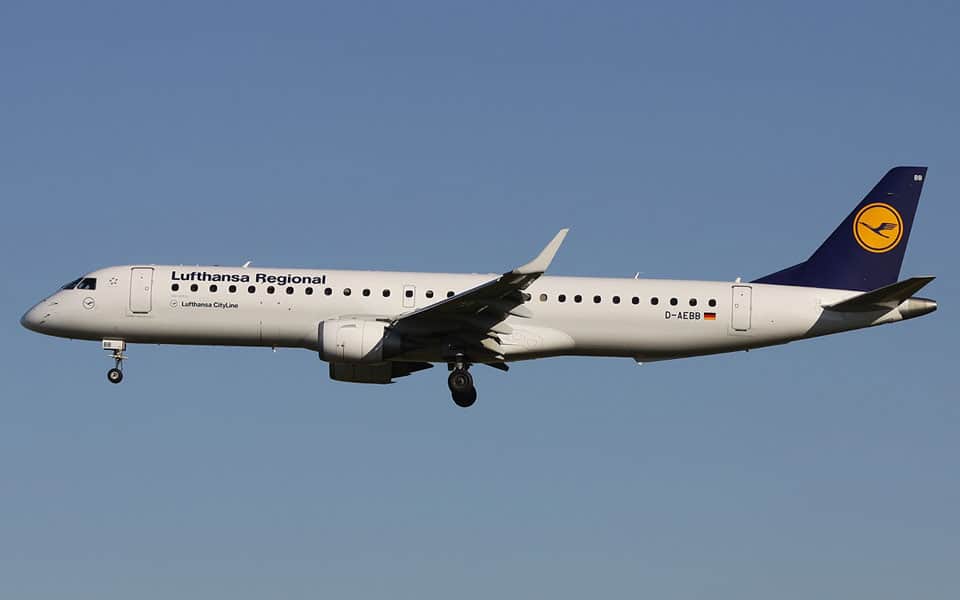 The aircraft was designed and developed in the 1990s by Embraer S.A. in Sao Paolo, Brazil.

The Embrear E-jet E190 and E195 have extended fuselage and thus greater cabin and passenger capacity.

The E190 and E195 are fitted with more efficient engines and larger wings.

They also have different landinggear than the basic models E170 and E175.

The Embrear E195 has two emergency exits over the wings – one on each side of the aircraft.

All versions of Embraer’s E-Jet series have the same aircraft hull and the same electronic systems.

The E 170 and E 175 share the same wingesign and enginetype, they only vary in length.

Similarly, the E190 and E195 share wing construction and engines.

It is planned that the E2 aircraft will replace the Embraer E-Jet family.

In 1997 Embrear announced that the company was developing a new aircraft type that was partly based on Embrear’s ERJ aircraft.

The plan was quickly abandoned again in favor of developing a brand new aircraft design, which Embraer called the E-jet.

The first prototype of the new E-jet rolled out of the factory in São José dos Campos, Brazil, on October 29, 2001.

The first version of the E-jet family was the E170.

Over eight years – from 2004 to 2012 – Embrear delivered 900 copies of their E-jet passenger aircraft to airlines all over the world.

The US market and US airlines’ need for a regional mid-range aircraft has proved particularly lucrative for Embraer’s E-jet series and the newer E2 series.

By 2017, Embrear had delivered more than 1,400 copies of the E-series to airlines worldwide.